So this is my friend Terry. He is a fitness trainer for Radical Fitness. Due to him having an outstanding physique his face has suffered as bodybuilder types need to be lean and as they age if you stay very lean you lose the fat pad in your face. Terry is very thin and also a lot older than he looks. I think I am allowed to say his age 46….might have to delete that information later haha

So here is a pre-photo of him when he was young. How his face looked like before I injected him….stolen from his Facebook pages, of him partying all the time….and then after I have injected him…….a lot of product to fix this I have to say, and also a touch of Dysport® around his eyes and just below that in preparation of his filler. This is several weeks after I have finished with him, having topped him up a little which left no marks and all I did was ice his face before I injected him. Just secretly I injected Radiesse® into my chin with no pain relief and it didn’t hurt at all. 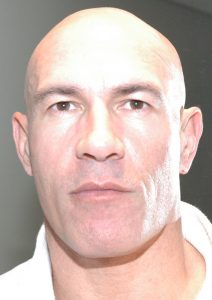 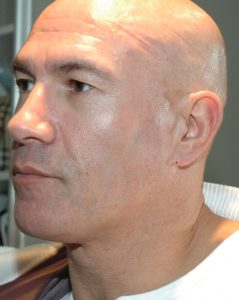 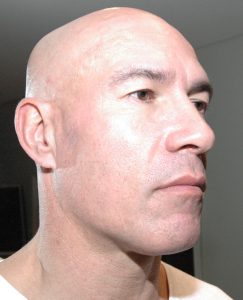